The healing power of suggestion 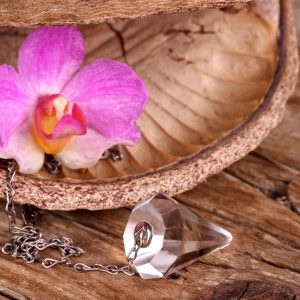 Hypnosis has been proving most interesting in my work over the last year, since qualifying as a fully accredited hypnotherapy practitioner in May 2016. So, one year on, I thought I’d share with you, some gems of insight taken on board by a few of my clients.

People who are highly suggestible are not at all weak-minded, they are actually the more open-minded ones amongst us, and therefore more likely to benefit from the amazing powers of healing available via hypnosis. Hypnosis only works when we have been able to access the subconscious mind. When ignited, all that lies in there, in terms of imagination and blind belief, enables anything to become possible for these people, and then, lo and behold, they find it really is!

The more controlling and rigid-thinking ones amongst us, who struggle with the entire concept of hypnosis, are never likely to benefit from it, simply because they just don’t believe. Einstein, himself said it: “Knowledge is limited, it is our imagination that encircles the world.”

To illustrate the power of imagination and blind belief, let me give you an example: a young man’s elderly father was diagnosed with tuberculosis, with his lungs very badly diseased. The son, knowing how ill his father had become, was returning home to Australia, after his studies, visiting various healing shrines in Europe. He told his father that he had met a monk whilst on his travels. This monk had sold him a piece of the ‘true cross’ for the equivalent of £500.

In fact, this young man had only picked up a splinter of wood from the side of the road and had asked a jeweller to set it into a ring so that it looked genuine. He told his father that by just touching the ring, it had healed many sick people. This inflamed the father’s imagination in such a way that the old man snatched the ring away, placed it over his chest, prayed silently and went to sleep. Tests carried out a short time after this showed the disease was diminishing significantly. Had the old man learned of his son’s trickery, he would undoubtedly have stopped believing and had a relapse. As it turned out, he was cleared of his tuberculosis, lived for another 15 years, passing away at the ripe old age of 91!

We all know full well that, of course, the wood did not heal him. It was his imagination aroused to such an intense degree, plus the absolute confident expectancy of perfect healing, that made all this happen. The use of vivid imagery, together with a complete and utter faith in whatever it is you want to believe in, gives us whatever it is we desire. It is our own self-doubt, our rational thinking about obstacles, constraints and limitations, that really stops us from having excesses in health, wealth and happiness!

For those of you who are now leaping onto your high horse, who feel that this type of hoodwinking is totally unethical, immoral, inappropriate, not to mention possibly illegal in some cases, let me ask you this: wouldn’t you do exactly the same thing if it were able to save a loved one in your life?

Someone in a hypnotic state can develop a high temperature, a flushed face, or a chill, according to the nature of the suggestion given. In various experiments, when it has been suggested that a person is paralysed and cannot walk, that’s exactly what happens to them. Holding a cup of cold water under a hypnotic subject’s nose and telling him, “It’s full of pepper, smell it”, will indeed make him sneeze. What do you think causes them to do this, the water or the suggestion?!?

If someone says they’re allergic to a certain variety of flower, and you place a synthetic version of that very flower in an empty glass in front of them, when in a hypnotic state, if you tell them that this is the flower they’re allergic to, that person will display all their usual allergic symptoms. If this isn’t proof that the true cause of any disease or illness actually lies in the mind, I don’t know what is! It follows, therefore, that any healing of a disease or illness can also take place mentally.

Remarkable healings are taking place all the time. It is quite obvious from these findings, however, that it’s not the practice of any particular religion, or the taking of any new wonder drug, that’s responsible for the cure. Any and all healing is only brought about by the subconscious mind – this really is the only true healer there is – it’s not the treatment, or the doctor, the priest, the shamanic teacher, the witch doctor or anyone (or thing) else you may choose to put your faith in. Feel free to continue seeking reassurance from wherever you feel it exists, but remember, it’s your own body that knows how to heal itself – just so long as you can get your interfering conscious mind out of the way for long enough so that it can do it!