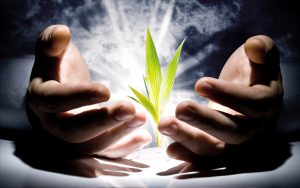 Everything in the universe is cyclical – we have the Carbon and Nitrogen cycles keeping life going here on Earth, we see the seasons appearing every year, we experience the ups and downs of our economy, we take stock of our annual business plans with its various forecasts…..even a woman’s menstrual cycle is designed to follow the 28-day lunar cycle of the moon!

We are living at a crucial time in our development, when women are finally reaching a point in time where they are being seen and heard for the powerful beings we are…….Mother Nature has always been in charge – we ignore or forget this at our peril……”the female of the species is more deadlier than the male”, “beware, a woman scorned”, “the black widow spider”, “the praying mantis” – all these everyday terms or expressions are gentle reminders of the truth – that the power of the female can be formidable!

How a mother protects her young is an awesome sight to behold – just watch a lioness taking care of her young. Having said that, even when there are no offspring involved, the female’s role is really one of great purpose. It has to be……. otherwise, why are women still around, post-menopause??!!

If we were only meant to be mere baby-producing machines, then surely, we would all be gone by the time we reach the age, 50! By the same token, however, we could argue, why is it that men continue to be able to father children well into their 70s at a time in their life when they’re more likely to maybe needing a wheelchair!?! Anyway, like I say, only Mother Nature knows why, she definitely knows best and is quite clearly the one in charge!

We may be celebrating St. Patrick’s today, but remember, it’s Mother’s Day on Sunday! In the Catholic faith, this holiday is associated with revering the Virgin Mary. In Islam, whilst there is no special day to mark the occasion, the Quran does place emphasis on a child’s love for their mother, over and above that of the father.

In Hindu tradition, we meet Kali Ma, the Divine Mother, the Dark Mother. She is the Hindu goddess of time, creation, preservation and destruction – clearly, not to be messed with! Whilst her depiction in “The Temple of Doom” movie, where Indiana Jones nearly meets his end, is one of evil, her eyes red with insane rage, her tongue lashing out with sharp white fangs against a blue-black coloured skin, she may appear fearsome at first glance, but she is really the most compassionate goddess of them all.

Simply misunderstood, with her bark worse than her bite, maybe that’s how we all need to see our mothers this Sunday?? They may have, unwittingly, fallen into the trap of rescuing, over-indulging or inconsistently bringing us up, simply due to too much going on in their own lives, at a time we probably needed them the most. Just like Kali Ma, we can all be misunderstood.

Our parents, influenced by their own upbringing, have simply done their best, with the knowledge they had at the time. The word, “mother”, does not appear in the word, “smother”, by accident! It’s never too late to develop our own nurturing skills in perhaps a different, more embracing way – to be more accepting, more compassionate and healthily protective, so that, maybe, our mums can learn from us for a change?

Wishing you all a most marvellous Mother’s Day, this Sunday – much love and happiness!!