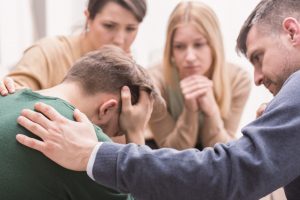 Think ‘addict’, and substance abuse usually springs to mind. A new wave of cravings could be just as damaging to our wellbeing, so read on if you want to learn more……

Although the so-called ‘modern’ addictions, such as sex, gambling, and even exercise are classed as impulsive control disorders (ICDs), they display all the same manifestations as any other addiction – they’re just driven by behaviour, as opposed to a substance. The chemical reward process is the same, however, whether you’re shopping, exercising or taking drugs, you’re addicted to the dopamine rush to the brain and therefore will find it difficult to resist the thoughts and urges that precede an episode of that particular behaviour.

Recent research shows that gambling addictions activate the same brain pathways as drug and alcohol cravings….and both substance misuse and compulsive behaviours increase your chances of developing mental health problems, such as depression and anxiety.

Addiction tends to be chronic – it’s not that there are more addicts today, it’s just that we’ve swapped things like alcoholism for other compulsions that didn’t exist a few decades ago. For instance, the craving for sexual gratification has always been there, but pornography is all over the internet and has been blamed as one of the factors for turning a human urge into sexual compulsive behaviour. With love addiction, which is slightly different, we see a rise in the body’s production of the neurological chemical, phenylethylamine, making it all too easy to become hooked on that constant state of flirtation and infatuation, so increasing the use of dating apps.

We may not be a society of addicts (yet!), but more and more people seem to be experiencing periods of abuse or phases of addictive behaviour. There are greater expectations to be more successful, to have more money, to look a certain way and more people appear to be turning to addictive behaviours to escape these pressures. Rather than being triggered by a major trauma, addiction today seems to be insidious, creeping up on us gradually, sometimes over years, so that we don’t even notice it happening……. until, maybe, it’s all too late. Denial is an all too common phenomenon!

In the past, addiction was associated with self-abuse, but many modern addictions don’t appear to have the same stigma. For instance, a gaming addict wouldn’t be shunned in the same way as a maybe a heroin addict would be. On the surface, some obsessive behaviours seem positive at first glance, such as exercising, or healthy eating, but taken to extremes these may develop into a condition known as orthorexia, which can actually damage your health. In addition, the steady stream of gambling adverts on TV and the internet means there really is no respite from it all, and the designers of social media will always be cooking up new ways to hook us into their already over-used sites! A couple of swipes or likes, here and there, you feel validated and your sense of wellbeing is already becoming dependent!

More and more teenagers are becoming increasingly comfortable these days in their virtual reality world, rather than interacting face to face. We can’t stop progress, so maybe this is where we’re meant to be headed…. a brave new world, where we don’t even have to be in the same room with another person ever again….  who knows?? What I do know, for sure, is that feeling isolated is why many of my clients present themselves for therapy. In addition, nearly ¾ of the young people seen by therapists say that it’s only chatting online that cheers them up……surely, that can’t be right??

The headlines paint a bleak picture, with Facebook, itself, having admitted to its negative impact and even Instagram recently and hurriedly appointing its own wellbeing team!?! Who’d have thought it?!

Let’s hope our future generations learn to use social media more mindfully, regularly flexing their willpower muscles, resisting the urge to scroll down too often! Just remember to follow people who inspire you and ditch anyone who makes you feel worse! Addicted?? Who, me? No, way!! It’s easy peasy – lemon squeezy!!